This Indian restaurant is situated just on the outskirts of the Birmingham city centre, Duet Cuisine is the transformed Indian and Italian restaurant in West Midlands at the refurbished Fort Dunlop retail development site. Having opened to the public in 2007 with its concept of Indian Food and Italian Food dining all under one roof, Duet Cuisine makes its presence felt on the torso of one of the most historical iconic monuments in Birmingham. This fact alone makes Duet Cuisine a restaurant in West Midlands like no other.

Duet Cuisine was the innovative genesis of two distinguished culinary artists wishing to create a dining experience with a difference. With more than forty years of experience in creating succulent edible masterpieces between them, Duet Cuisine married the idea of Italian and Indian restaurants in Birmingham together and settled it in a city of rich cultural diversity and open-minded food lovers. The restaurant has since enjoyed the company of many diverse guests who find Duet Cuisine is able to cater to their needs, lives up its namesake and delivers as it promises; it is not a restaurant which dissolves two very individual cuisine types but presents them in juxtaposition. Duet Cuisine is fast becoming one of many thriving Indian restaurants in West Midlands but also a successful Italian restaurant too.

Dining at Duet Cuisine allows guests to enjoy high-quality cuisine in tranquillity as it is stationed away from the hustle and bustle of Birmingham’s progressive city whilst still providing easy access to the city centre and the motorway. In addition to the restaurant’s assurance of a peaceful ambience, there is also expansive secure car parking facilities which mean it is a welcoming place for families and those wishing to spend time with their loved ones.

The Duet Cuisine experience means contemporary yet classic dining and that is what augments the design of the double-sided yet singularly unified Indian restaurant on one hand and an Italian restaurant on the other. Not only is the idea of modern-classics reflected in the dishes that are prepared and served but it is also reinforced by the presentation of the Indian restaurant itself which stays focused with the times

How Our Customers Rate us

Winner of 'The Best Balti' prize 2011 and recognised by TripAdvisor with a 'Certificate of Excellence' and a 'Restaurant of the Year' nod in 2018, 2017, 2015, and 2014 respectively, Duet Cuisine also offers delivery straight to your door. Your delicious meal is just a click away via Just Eat's website or mobile app.
The regenerated Fort Dunlop is home to Duet Cuisine, a restaurant which brings together history and modernity as impressively as its surroundings. Here you’ll find two well loved cuisines living side by side in an attractive contemporary restaurant. The airy warehouse space is relaxed yet formal enough for a business lunch or a date to impress. Meanwhile that combination menu, created by two internationally acclaimed Chefs, allows for a freedom of choice – ideal for when you want Indian but your friend fancies pasta? The extensive a la carte menu includes favourites such as Lasagne Al Forno and Chicken Tikka Balti while a lunch buffet offers both cuisines with a creative twist. 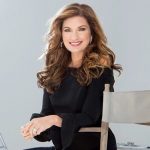 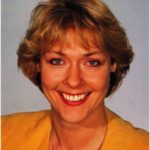 " A real surprise at Fort Dunlop, fantastic staff, good food, we had a great evening… thanks and good luck for the future"

"I would like to thank you for your excellent service and attention last night. I appreciate your recognition of the fact that we all arrived fairly late and extremely hungry. Every single person here at work have complimented the food and service and therefore would certainly re-visit you. So many thanks and we all look forward to eating with you soon. " 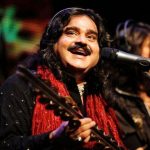 "I am lucky to have the taste of home food, Seven seas away from home " 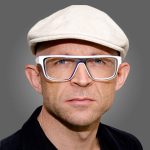 " Had a fantastic meal with Duet before I climbed the outside of Fort Dunlop building !!!!. " 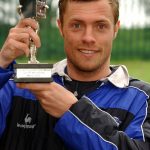 " What a fantastic atmosphere & food was a delight, thanks for a great night! Will be back again.... " 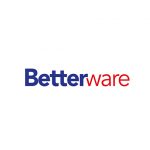 On Behalf of the Directors of Betterware UK Ltd.

" I would like to express our sincere thanks for the wonderful evening our directors and Executives spent at Duet on the 10th December. The food was superb and the service was perfect you certainly made us feel extremely welcome and nothing was too much trouble for you we will not hesitate to use Duet again and recommend your Restaurant to others.. " 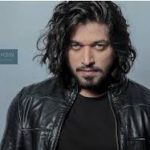 " I would like to thank you Duet for extremely tasty food and specially I love the green-mint tea helped me our to bring my voice back in the freezing cold of November while I was on my first ever UK Tour "
Shopping Basket
Manage Cookie Consent
We use cookies to optimize our website and our service.
Manage options Manage services Manage vendors Read more about these purposes
View preferences
{title} {title} {title}